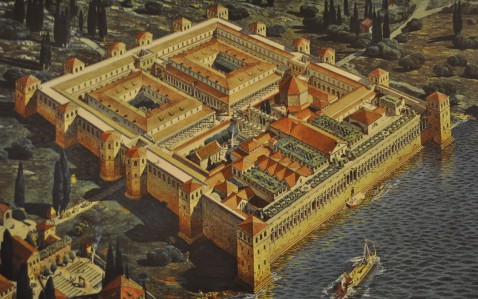 Split is the economic, university, tourist and administrative center of Middle Dalmatia, with about 200,000 inhabitants. It is also the jumping-off point for exploration of the coast and islands of the beautiful Croatian Adriatic.

The site was first settled when, at the end of the third century AD, the Roman Emperor Diocletian built his palace. Here, after abdicating on 1 May in A.D. 305, he spent the last years of his life. Recent excavations proved existence of organized life in this area even much earlier of Diocletian 's era. The Palace is one of the most famous and integral architectural and cultural constructs on the Croatian Adriatic coast and holds an outstanding place in the Mediterranean, European and world heritage. 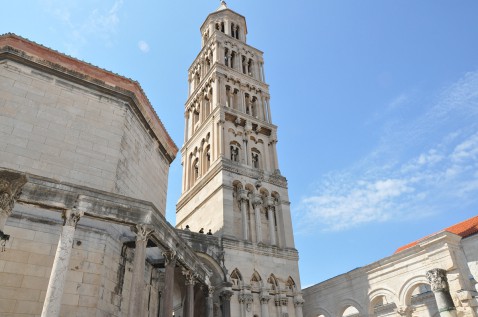 The palace structure combined qualities of a luxurious villa with those of a military camp. The Palace is built of white local limestone of high quality, most of which was from quarries on the island of Brac and of bricks made in Salonitan and other workshops. Some material for decoration was imported: Egyptian granite columns and sphinxes, fine marble and some capitals from Greece . Water supply of the palace was resolved by 8 km long aqueduct from the river Jadro spring nearby Salona to the very hearth of the palace. Along the road from Split to Salona, impressive remains of the original aqueduct can still be seen. 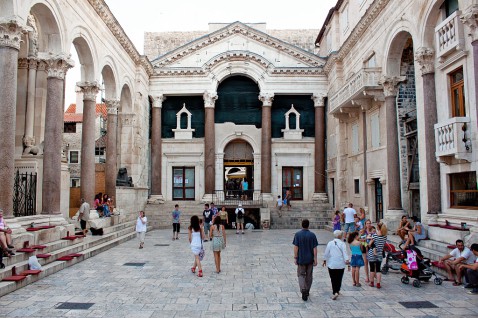 A monumental court, called the Perystile, formed the northern access to the imperial apartments. It also gave access to Diocletian's Mausoleum on the east, and to three temples on the west. Split 's growth became particularly rapid in the 7th century, when the inhabitants of the destroyed metropolis Salonae (present-day Solin) took refuge within its walls. Many of Split 's historical and cultural buildings can be found within the walls of Diocletian's Palace (one should visit St Domnious' cathedral, Diocletian's cellars and Jupiter's temple). In addition, numerous museums, the National Theatre, and old churches and other archeological sites in the Split region make it an important cultural attraction. 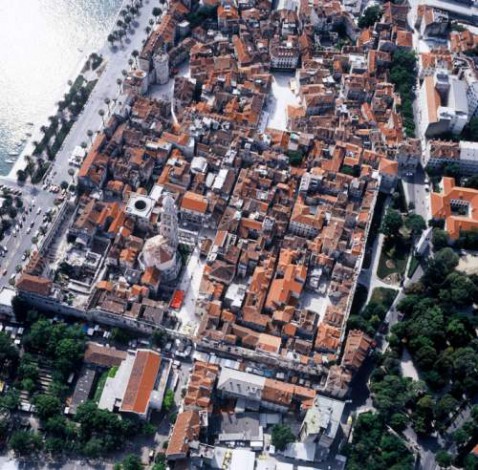 Diocletian palace is today the heart of the inner city of Split and because of the high level of preservation, its importance far transcends local significance. That was the reason of inscribing the Diocletian Palace on the UNESCO list since 1979. The most amazing thing for visitors is the fact that the palace is still inhabited and that is probably the best way of preservation of this monument for the future generations.

Besides Diocletian palace you may visit many museums. 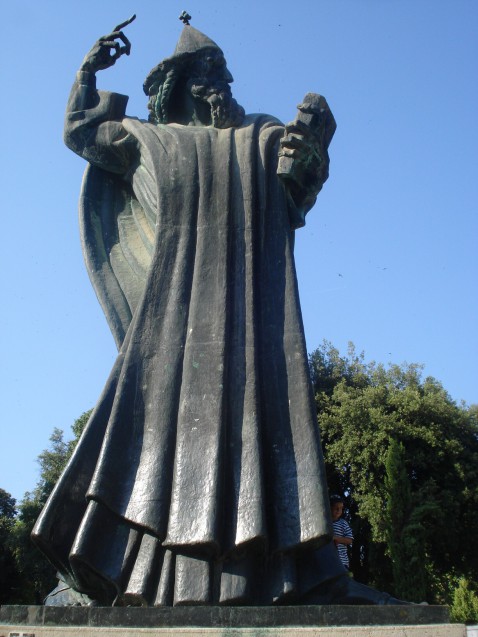 You should inevitably visit gallery of the world famous sculptor Ivan Mestrovic, during the Split Summer Festival you can enjoy in opera, drama, ballet and concerts in the ambient of the ancient palace http://www.splitsko-ljeto.hr